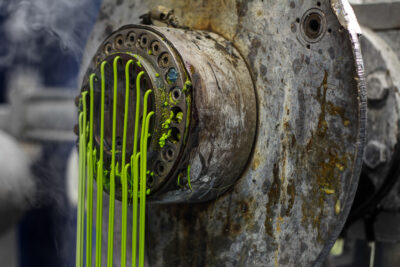 In this article, we’ll look at some examples of thermoplastics and their uses.

Thermoplastic materials are used in many everyday products, from plastic bags to food packaging. They’re also used for making medical devices, clothing, and other items that need to be flexible and durable.

Examples of thermoplastics include:


Application examples of Thermoplastics material include:

ABSCOM®, a thermoplastic example, offers a wide range of automotive, leisure and hygiene applications for the ABS polymer compounds market. Our products are designed to meet the needs of our customers in each sector. We work hard to develop new and innovative products that improve performance while reducing environmental impact. Have you tried using ABSCOM® products in your business? Let us know how they worked for you.

• ASA (ASACOM™ ASA Plastic) polymer applications: primarily used for outdoor weather-intensive applications; this polymer would be an excellent choice for garden equipment or exterior finishers on a car. ASA polymer compounds can be separated by the following applications:

• PC-COM™ (Polycarbonate) applications include lighting housings in either the automotive sector or general interior lighting systems.

• PC-ABSCOM™ PC ABS Plastic (PC/ABS) polymer applications include anything whereby the impact of ABS is just not high enough, or a much higher softening point is required. A good example would be automotive interior parts such as dashboards that need to withstand a high-impact crash or high heat during the painting process.

• FR PC-ABSCOM™ PC ABS Plastic (Flame Retardant PC/ABS) polymer applications include anything whereby having superior impact alone is not good enough. An example would be applications such as battery casings and parts in contact with electricals such as heated enclosers. Heated boiler taps, for example, require plastics to be flame retardant; popular flame retardant PC/ABS materials include PC-ABSCOM™ B1000 and Bayblend® FR3010 & CYCOLOY™ C2950.

• PC-ASACOM™ (PC/ASA) polymer applications: include autonomous outdoor hardware such as robots that require more impact resistance where PC/ABS cannot function correctly. PC/ABS material has a more robust impact capability but does not have the outdoor weathering ability, making it unsuitable.

• ABSCOM® FR1000 (FR/ABS) flame retardant polymer applications: Washing machines, boilers, and anything electrical. In situations where FR PC/ABS material is not required or may be deemed overkill, most notably in cases where polymer flame retardancy is a priority.

• Polypropylene (PP) is one of the most common plastics used today. It’s often used as an alternative to glass because it’s more resistant to breakage than glass. It’s also much lighter than glass, so it’s easier to transport. Applications include large-volume parts such as car bumpers, torque indicators on lorry wheels or parts that need manufacturing with a low budget in mind. Polypropylene materials are in 3D print applications due to their cost efficiencies.