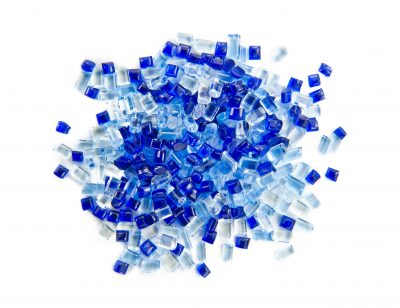 Polymer Compounders Limited (PCL) are very proud to announce an entirely new category of product which will redefine flame retardant polymers. After many years of complex research and development, Notoxicom® B6000 (FR PC/ABS) and Notoxicom® S6000 (FR PC/ASA) have now been launched. Over time it is expected that the Notoxicom® family of products will grow further to support the innovation of our customers.

Notoxicom® is our registered tradename for specialist halogen and aryl ester free flame retardant polymers. What makes these materials so special is that they retain industry-leading performance, whilst being much less toxic products. Within this range, we have polymers to suit many applications from battery casings to the state-of-the-art medical devices

As the world around us is changing, so are our polymer needs, more eco-friendly conscientious and safer choices are being made by consumers daily around the globe.

With the addition of the standard flame retardants in Engineering Styrenics and their blends such as TBBA and RDP/BPA-DP to the European Chemical agency (ECHA) CORAP (Community rolling action plan) list, Polymer Compounders Ltd (PCL) knew something needed to happen about the types of additives used in all significant flame retardant applications.

Understanding the significance of the upcoming ECHA review and the consequence of a shift in the industry, it made sense for PCL to pursue the development of their new patented polymer and help facilitate a positive change to safer flame retardant materials for the reasons outlined by the ECHA.

PCL, with a combined knowledge and experience of over 50 years of polymer science, accomplished the development of not one, but two non-halogenated flame retardant materials. The materials are: Notoxicom® B6000 – an FRPC/ABS Blend and Notoxicom® S6000 – an FR PC/ASA blend.

Both Notoxicom® B6000 and Notoxicom® S6000 materials are not only safer and better overall for the environment but are also much better at carrying out the job required of any halogenated and aryl phosphate ester based flame-retardant polymer. Lastly and most importantly, they are compliant with the ECHA.

TPP Is a high priority Substance for Risk evaluation in the USA.

Many companies have joined the EPA activity. Timing is unclear, normally would say 3 years but could be sooner.

Largest brominated FR.  Biggest use is as reactive in making FR-4 PCB laminates.

A few very large customers. Good analytical data to say no free TBBA in most boards – some boards have intentional free TBBA, but not significant.

Two other major uses, of similar size, are: 1) as additive FR in ABS and 2) as reactive component of other FRs (BEO/BEP, FR-720, others).

How were these objectives achieved, and what are the key innovations?

The first key innovation centred around the fact that traditionally when you add an additive or flame retardant package to a material, you ultimately sacrifice performance in another area such as heat performance or strength.

This means the polymer could end up with a lower impact strength and/or a lower tolerance to heat. Simply put, traditional flame retardant materials are unable to stand up to the rigours of the moulding process for an extended time. Non halogenated flame retardancy packages are not bound within the matrix of the polymer. Due to this, the additives in turn react or start the migration process in the injection moulding barrel if the residence time is too long. Another weakness of traditional flame-retardant packages is that the final moulded component will have lower stiffness at elevated temperatures because the flame-retardant package has a plasticizing effect on the host polymer. In addition, standard FR/ABS materials that also contain halogens utilise additional toxic chemicals such as ‘Antimony Trioxide’ as a co synergist to generate the compound which in turn extinguishes the flame.

Notoxicom® B6000 (FR PC/ABS) and Notoxicom® S6000 (FR PC/ASA) on the other hand maintain their properties in all areas, which enable them to be utilized in many applications. They achieve this by not separating the flame retardancy from the polymer at the molecular level, essentially acting as one, with nothing leaching out.

What is unique about this technology development, and what are its implications?

PCL’s technological development has ultimately proved that the use of halogens or liquid phase materials are not necessary when creating a superior flame retardant polymer. It has also shown that products such as Notoxicom® B6000 (FR PC/ABS) and Notoxicom® S6000 (FR PC/ASA) surpass all the required technical aspects of a flame retardant in a much safer way.

PCL has been working closely for many months during the formula development stage of the products, with an industry-leading test house working to ISO 9001: 2015 accreditation for all results.

In Summary, what were the key objectives of this material development?


Notoxicom® B6000 (FR PC/ABS), being the slightly tougher of the two products with an impact of 46 kJ/m2 would be an excellent choice for highly specialised automotive applications such as EV battery casings or applications that require toughness, with exceptional flame retardancy.

Notoxicom® B6000 has superior property retention after recycling compared with other FR PC/ABS grades. The graph below demonstrates that after repeated processing Notoxicom® B6000 retains all its flame retardant properties. Traditionally materials like FR PC/ABS are unable to be reprocessed for fear of the flame package leaving the material. This is due to the ingredients ‘co-existing’ as opposed to being a ‘unified’ bound polymer matrix like Notoxicom® with its patented formula.

Notoxicom® S6000 (FR PC/ASA), with its great weathering capabilities, is an excellent choice for any outdoor application that also requires class-leading flame retardancy.

PCL’s intention and persistence from the beginning to keep key performance attributes has meant that both halogen and aryl phosphate ester free flame retardant’s Notoxicom® B6000 (FR PC/ABS) and Notoxicom® S6000 (FR PC/ASA) have a market-leading balance of flow, impact, high-temperature performance and processability. Furthermore, and most importantly, both materials do not contain any toxic halogens or aryl phosphate ester, which enables a safer world for everyone.

Within the world economy, China manufactures and supplies more than 70% of the world’s supply of Yellow Phosphorus or (YP) for short. In recent times due to growing pressure from the different economic nations to move toward a greener solution for a greener healthier planet. China has decided to shut down a significant capacity of its ‘coal-powered manufacturing plants which make the ‘Yellow Phosphorus’ precursor. As a result, the world’s supply of this key product has dropped significantly. China accounts for 70% of the world’s production of YP. China took this action to help clean up the environment and have further imposed a 90% reduction in the production of YP at some major producers.

What effect has this had on the polymer market?

This chain of events is being felt across both the manufacturing and polymer industries, pushing the prices of certain materials higher than they have ever been. Additionally, all major FR ABS materials and FR PC ABS materials rely on this precursor almost in their entirety. Manufactures of these products require large amounts of RDP and BDP from producers. We are not suggesting that Notoxicom® is entirely immune to this issue, but we are pleased to be able to say that our superior flame retardant product range Notoxicom® is readily available; despite all that is going on in these precarious times. Several factors contribute to this but our key innovation within the product; utilizing new technologies has made this so.

To give some medical context to what the Notoxicom® family of products is all about please take a look at the following case studies which show technical medical data that outlines the dangers of older flame retardant technologies. Notoxicom® is pioneering in that it does not use the older more dangerous chemistry.

The first case-study outlines the following:

Resorcinol bis(diphenylphosphate) (RDP) is widely used as a flame retardant in electrical/electronic products and constitutes a suitable alternative to decabrominated diphenyl ether. Due to its toxicity and its recently reported ubiquity in electronics and house dust, there are increasing concerns about human exposure to this emerging contaminant…..

The second case-study outlines the following:

The chemicals to blame for this crisis are found in everything from plastic containers and food wrapping, to waterproof clothes and fragrances in cleaning products, to soaps and shampoos, to electronics and carpeting. Some of them, called PFAS, are known as “forever chemicals”, because they don’t breakdown in the environment or the human body. They just accumulate and accumulate – doing more and more damage, minute by minute, hour by hour, day by day. Now, it seems, humanity is reaching a breaking point……

Notoxicom® in addition to everything mentioned above; the Notoxicom® family of products have an underlying formula that enables them to meet GreenScreen® level 3 requirements. GreenScreen® is one of the most recognized methods of comparative chemical hazard assessments available.  Benchmark Scores provide a standardized and straightforward way to compare and communicate about chemical hazards. More information on what GreenScreen® is all about; can be found here:

Click here to find out more about what GreenScreen® is all about.

“Fish grow slower when exposed to higher temperatures and a common chemical in plastic, according to new research. It suggests that a combination of plastic pollution and global heating could have a concerning impact on marine populations.

Scientists at the University of Sydney have found that fish exposed to the industrial chemical bisphenol A – commonly known as BPA – require more energy to grow in high-temperature waters.

BPA is a common chemical used in plastics manufacturing and is known to disrupt hormone signalling, with impacts in marine animals on metabolism and growth. In humans, it has also been linked to reproductive and developmental dysfunction. Millions of tonnes of the compound are produced globally each year”.

In times gone by, all flame retardancy in the polymer industry was governed by two principal flame retardant packages. The first and one currently under ECHA (European Chemical Agency) scrutiny is a ‘Gas based’ product that encapsulates brominated gas within the polymer matrix. A significant % of all FR/ABS is this ‘chemical’ due to its necessity to be ‘triggered’ during combustion; therefore, this material does not typically have high impact performance.

The issue and worry amongst the global regulators are that this ‘gas’ escapes and does more harm than good. The second flame package commonly used involves a non halogenated liquid suspended within the polymer granule. Essentially waiting for combustion to be triggered, the issue here, although not considered as toxic as its gas-based counterpart, is that this substance once again leaves the polymer and enters the human body. This technology works by having a liquid that ‘smothers’ and expands the surface of the plastic, in turn putting out the fire.

Notoxicom® moves away from these technologies by incorporating the flame retardancy element into the fabric of the polymer, meaning that a ‘cocktail of chemicals is not coming out no matter how much strain it may be under. In addition to not being able to leave the ‘fabric’ of the polymer, it is an entirely new chemistry that has a more desirable toxicity profile. Due to Notoxicom® having this feature, it can be recycled as there is no real ‘shelf life to the flame retardancy. Recent external tests of Notoxicom® show that conventional flame retardants lose their potency over repeated processes.

In addition to Notoxicom® B6000 and Notoxicom® S6000 we now also have two new to the Notoxicom® product family. They are as follows:

To learn more about the Notoxicom® family of products, please the Notoxicom® technical data page: https://polymer-compounders.com/en/product/notoxicom/

Call us on +44 (0)191 378 3737
We use cookies and analytics tools to ensure that we give you the best experience on our website. If you continue to use our site we will assume that you are happy to proceed and that you consent to this.AcceptPrivacy policy