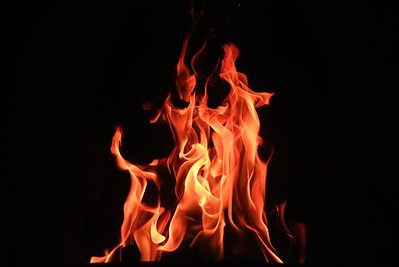 If you’re looking for an answer to the question “What are flame retardants?” you’ve come to the right place! Flame retardants are chemicals used in various consumer products, including textiles, furniture, and plastics, aka polymers. They work to prevent or delay the spread of fire.

How do Flame Retardants Work?

Flame retardants stop the fire from spreading quickly and causing much damage. For a fire to start, oxygen needs to be available. Chemically they work by inhibiting oxygen from burning, meaning that a fire will not be able to propagate as quickly, and less damage will be done.

Flame retardants are essential for preventing fires in many products and materials. They help to create a barrier between a potential ignition source and the combustible material, slowing the spread of fire and giving people more time to evacuate. Flame retardants can be used in furniture, textiles, plastics, and electronics. They are an essential part of fire safety and can help to save lives and protect property. The most common chemical reaction involves a ‘gas’ that engulfs the fire and displaces the oxygen needed for the fire to continue.

Here is an example of a polymer that hasn’t been treated with a flame retardant.

What are the health concerns with Flame Retardants?

Research has shown that Flame Retardants can be linked to health concerns, including higher cancer and hormone disruption rates. Exposure to this type of chemistry can also increase the risk of respiratory problems. In addition, these chemicals are harmful to the environment. In addition, they can pollute the water supply and contaminate soil and groundwater.

In an ideal world, Flame Retardants would be made from chemicals that do not cause harm to humans; however, this is not the case.

We have come full circle with flame retardant chemistry being discussed once again by the ECHA (The European Chemicals Agency).

The future of Flame Retardancy

It is not all doom and gloom, though, with innovators such as FRX innovations in Canada and a select number of other companies slowly working their way to developing solutions. Internally at Polymer Compounders Limited, we have developed a material range known as Notoxicom®, a polymeric flame retardant. The beautiful thing about polymeric flame retardants is that they are self-extinguishing which means that they do not require any additional chemicals to be added for them to work.

A solution is inevitably needed with the impending doom of halogen-based flame retardants. Polyphosphonte co-carbonate is the key to developing safer, more efficient, and sustainable materials. Polymeric materials such as Notoxicom®, which contains Polyphosphonate co-carbonate chemistry, never lose their potency since you do not have any additives. Most flame retardants are comprised of polymer and then a series of additives which give it the desired flame retardancy rating. Essentially 80% of an FR/ABS polymer is made up of these additives, so in theoretical terms, an FR/ABS isn’t an ABS as you know it. This is why many FR/ABS materials tend to have a high MVI rating, as there isn’t much polymer. Polymeric materials aim to change this by utilising a polymer’s intrinsic flame retardant nature instead of artificially filling it full of additive chemicals. From an environmental perspective, this is undoubtedly the way to go, preventing waste from entering the environment and our bodies.

Within our labs at Polymer Compounders, we tested the recycling ability of our Notoxicom materials and were amazed by the results. Essentially the more the material was recycled, the better it got at extinguishing the flame. This is because, on a molecular level, the chains are ‘re-arranged’ to reform the ‘blocking’ barrier that the flame cannot pass through. So no matter how melted the material has gotten, the flame retardant properties remain.

Why are Flame Retardants Used?

Many people need clarification on flame retardants and why they are used in products. A flame retardant is a chemical used to prevent fires from occurring. According to the Environmental Protection Agency (EPA), they are “already ubiquitous in homes, offices, schools, and factories used to reduce the severity and consequences of fire.” This type of polymer chemistry is used in various items, including furniture, electronics, textiles, and plastics. They work by slowing the spreading of flames and releasing gas. According to EPA, “Flame retardants can improve safety by preventing or limiting the spread of fire, smoke, fumes, and hot liquid. They can also help prevent harm to people and property. “

There are a few different types of flame retardants, each with additional benefits and drawbacks. Halogenated flame retardants are the most common type and are most often used in products meant to be stored indoors, such as furniture. They are known for releasing toxic gas and harming the environment. Chlordane, Hexachlorobenzene, and Dieldrin are all examples of halogenated flame retardants. Polychlorinated biphenyl is an example of a chemical compound banned in the United States in 1979. TBBA or Tetrabromo-4,4′-isopropylidenediphenol is the most widely used Flame Retardant available today, with most FR/ABS materials consisting of this Flam Retarandt chemistry.

To learn more about the types of flame retardant thermoplastics we offer and how they can benefit your business, call us on +44 (0) 191 378 3737 today.