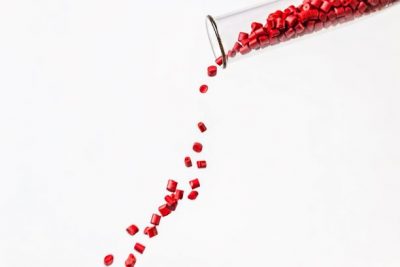 PC-ABSCOM™ B200 was one of the company’s first polymer blends developed by the team at Polymer Compounders Limited back in 2003. It proved to be a foundational product which helped us understand what is required when developing high-performance PC/ABS blends. Shortly afterwards two more grades; PC-ABSCOM™ B100 and PC-ABSCOM™ B300 were introduced which expanded the heat and ductility property profile.

PC-ABSCOM™ B200 remains one of PCL’s flagship products. Its exceptional strength, durability and heat distortion properties have made it the material of choice for many well-known, prestigious brands. It has proudly been supplied week in, week out for over a decade to Japanese automotive manufacturers and European gardening robotics brands alike.

PCL developed PC-ABSCOM™ B200 to have desirable features that would make it perfect for a range of applications from inner housings for a specialist tap manufacturer to more safety-critical applications such as medical device housings. These performance attributes have also enabled the grade to achieve Nissan Engineering Standard (NES) approval.

How were these objectives achieved and what are the key innovations?

The ultimate objective at the time of the development was to create a technically robust grade, that was easy to process but with superior impact properties to the other products available in the market at that time. Cross-functional teams were used to incorporate all our collective knowledge and Six Sigma tools such as Design of Experiments were used to establish the optimum formulation to precisely hit the target.

PC-ABSCOM™ B200 evolved quickly into a modified version known as PC-ABSCOM™ B200C due to significant interest from several Tier-1 manufacturers within the automotive industry. PC-ABSCOM™ B200C includes additional rubber content which enables excellent paint adhesion. It also features a much lower density (specifically in colours Black 9105 and Black 9000), meaning that less material can be used to create the same number of injection moulded parts. This gives a competitive advantage over its predecessor and other generic PC/ABS blends. The grade also exhibits exceptional ductility and impact resistance for critical safety performance, especially at low temperatures. PC-ABSCOM™ B200C has subsequently met the head impact crash test for use in automotive instrument panel applications.

The knowledge and experience gained from this development have been carried forward to help evolve PCL’s product portfolio with other exciting products such as weatherable, high gloss ASA based grades such as PC-ASACOM™ S9470.